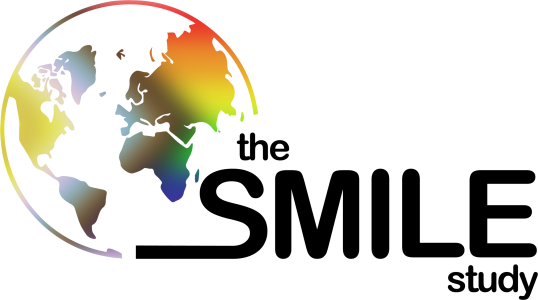 A Study About Mental Health and Well-Being Among Sexual and Gender Minorities in Brazil, Kenya, and Vietnam

What is the SMILE Study?

The SMILE research team is multidisciplinary and includes a variety of researchers with complementary backgrounds who have extensive experience working in diverse low- and middle-income country contexts and conducting inclusive research with SGMs. The lead investigators and majority of the team also identify as SGM.

Meet Our Team
Meet Our Partnerships

Where is the SMILE Study?

Are you passionate about global SGM health research, practice, or policy?

Then please consider joining us in partnership!